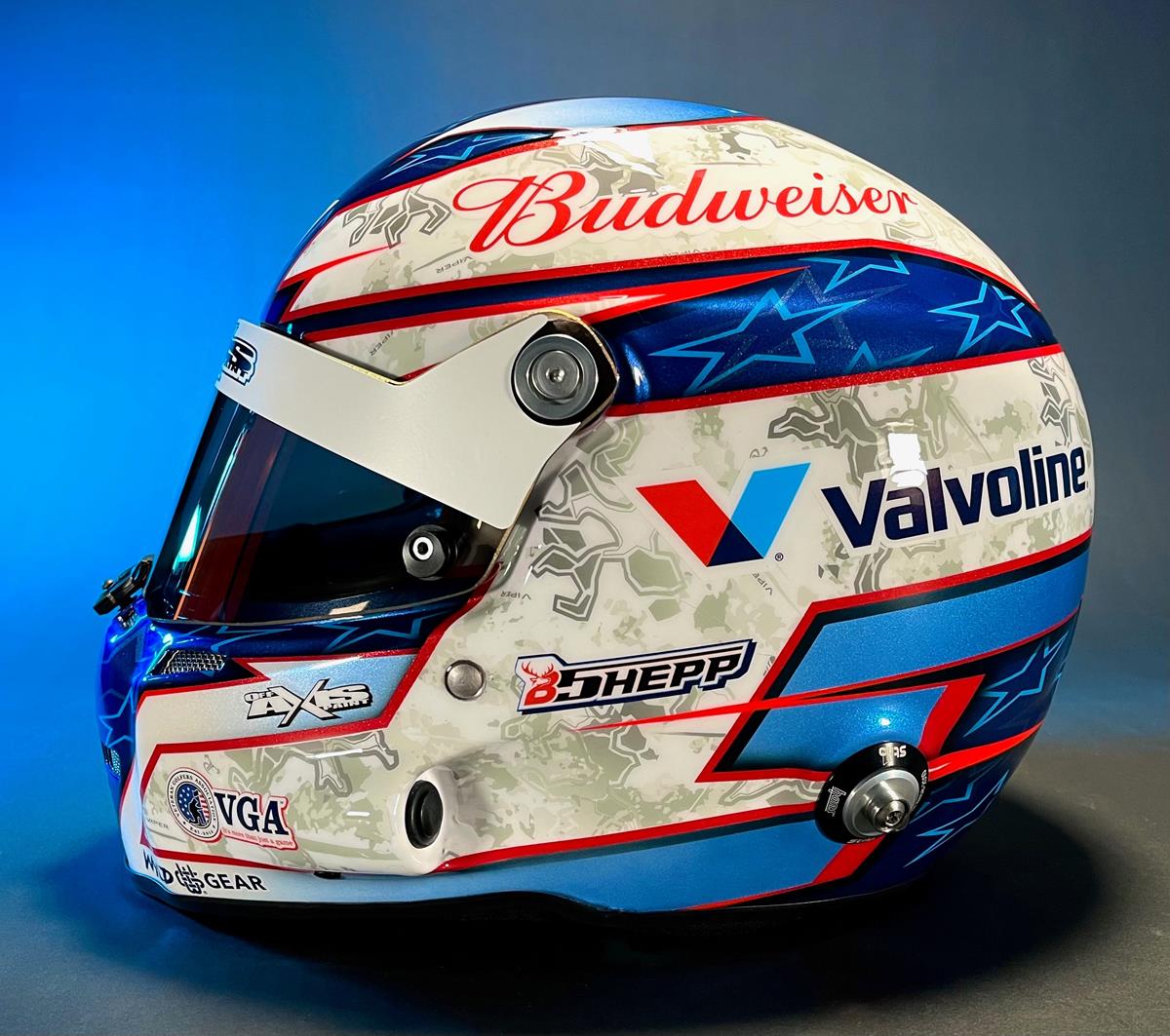 Sheppard Riggs ‘B5’ to feature special wrap scheme at the Dome alongside TrueTimber and Budweiser honoring 16,000+ VGA Members Nationwide.

NEW BERLIN, IL (November 21, 2022) — In run up to next week’s Gateway Dirt Nationals, Sheppard Riggs Racing announced today a collaborative partnership between TrueTimber and Anheuser-Busch to honor and pay tribute to the more than 16,000 members of the Veteran Golfers Association (VGA) nationwide.

In an effort to introduce new people to the sport of dirt late model racing, and with the Gateway Dirt Nationals being held in the backyard of Anheuser-Busch Headquarters, SRR welcomed the opportunity to highlight the VGA organization along with its shared partners of Budweiser and TrueTimber.

“The race at the Dome in St. Louis is one of the coolest atmospheres that we race in all year.” said co-Owner and Driver Brandon Sheppard. “The idea that we can welcome such an awesome group of Veterans into our sport by introducing them to some exciting dirt track racing is just an honor and both the Riggs and Sheppard families couldn’t be more excited about what we can do to further the VGA mission in 2023.”

Sheppard will debut a new red, white and blue paint scheme on his Sheppard Riggs Rocket XR1 featuring TrueTimber’s Viper Snow pattern, the iconic Budweiser logo on the rear quarter and the VGA’s logo on the hood in front of the 20,000+ fans in attendance and hundreds of thousands of fans streaming via FloRacing over the weekend.

The VGA, having just wrapped up its National Championship at Trump Doral in Miami last month, is eager to continue to grow what has already become the Nation’s largest competitive Veteran sporting organization.

“On behalf of the Veteran Golfers Association, we are Honored that Brandon Sheppard and the Sheppard Riggs Racing Team have chosen to support the VGA as a salute to its thousands of members across the country during the Gateway Dirt Nationals as well as the 2023 racing season.” stated VGA President Josh Peyton. “We are excited to have Brandon spread the mission of the VGA and give our members and fans an opportunity to go out and watch some exciting racing.” added VGA Vice President, Joe Caley.

About the Veteran Golfers Association
The VGA is a national 501(c)3 nonprofit organization committed to promoting the game of golf to veterans and their family members. The VGA delivers programs that allow its members to compete, socialize, and remain physically active through the game of golf. For more information, visit us at www.vgagolf.org.