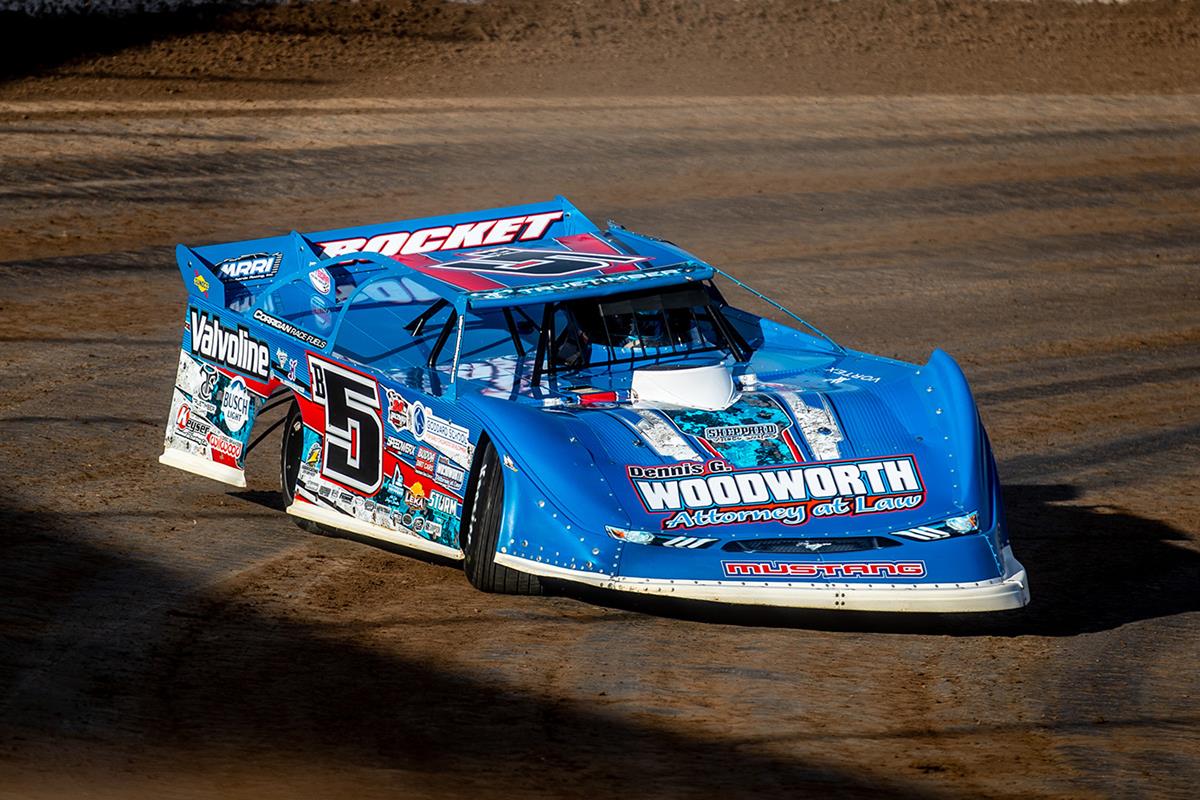 NEW BERLIN, IL (October 20, 2022) — After the conclusion of last weekend’s Lucas Oil Late Model Dirt Series Dirt Track World Championships and a historic run as the Rocket1 House Car Driver, Brandon Sheppard and Scott Riggs announced today the formation of a joint-ownership venture between Riggs Motorsports and Sheppard Racing which will carry a 4-car stable through the end of the 2025 season. (Tyler Rinken image)

Following Sheppard’s September announcement to vacate his seat as Driver for the iconic Mark Richards Racing Rocket1 entry, Brandon, his Father, Steve Jr., and Grandfather, Steve Sr., began forming a strategy to compete on a full series circuit in 2023.

“Honestly, the week the press release came out to announce I was coming back home to drive was super chaotic.” said Sheppard. “The fan and family support was incredible, but at the same time I knew it was a big business opportunity because of the number of phone calls that came from inside the industry wondering if and how they could be involved. When you’ve worked with the best – guys like Mark [Richards] and Steve [Baker] and the Rocket1 team, I think people are excited to jump onboard and support knowing you have high expectations to continue to win at the highest level.”

In the weeks following his announcement, and as conversations between the Sheppard’s and outside teams continued to evolve, one of those race teams who saw an opportunity to transcend beyond a ‘driver-for-hire’ relationship was Riggs Motorsports Owner, Scott Riggs.

“When Brandon announced his desire to race from home because of his family, Jason and I began talking about combining resources to give both teams a better shot at what it takes to win a National Tour.” said Riggs. “I have watched Brandon Sheppard since he was 15 years old grow to become one the best dirt late model drivers in the country and we believe in his vision to build a successful racing program. Jason, Courtney, Tara and myself are all thrilled to be able to partner along-side the entire Sheppard family, and we look forward to a great relationship both on and off the track.”

The newly-formed SRR has committed to running the B5 car full-time in a national touring series during the 2023 season, but will wait to make the decision on which exact series until after the 2023 Florida Speedweeks. Whereas, fellow drivers Steve Sheppard Jr. (5S), Jason Riggs (81), and Jack Riggs (81J) will compete on a more limited schedule throughout the joint venture.

Last season saw Sheppard collect 4 wins during Florida Speedweeks, the first occurring at Alltech Raceway with 3 more to follow at East Bay Raceway Park. After finishing second in Lucas Oil Late Model Dirt Series points during a tightly contested battle with Tim McCreadie, the outcome has lit a fire under Brandon for what he hopes to be an incredible season to come.

“No one wants to finish 2nd in anything. We all work really hard to prove that we are the best, and I trust the people around me and my experience to get us back on top of the box and win these Series Championships.” said the former World of Outlaw Champion. “Equally as important, we want to build a program that is just as strong off the track representing our partners through social media and activations to promote the sport of dirt late model racing.”

The 2023 campaign will kick off with the Wild West Shootout in Vado, New Mexico beginning January 7, 2023. For more information an updates on Brandon Sheppard and Sheppard Riggs Racing, please visit www.sheppardracing.com, Facebook, Instagram, TikTok or Twitter.