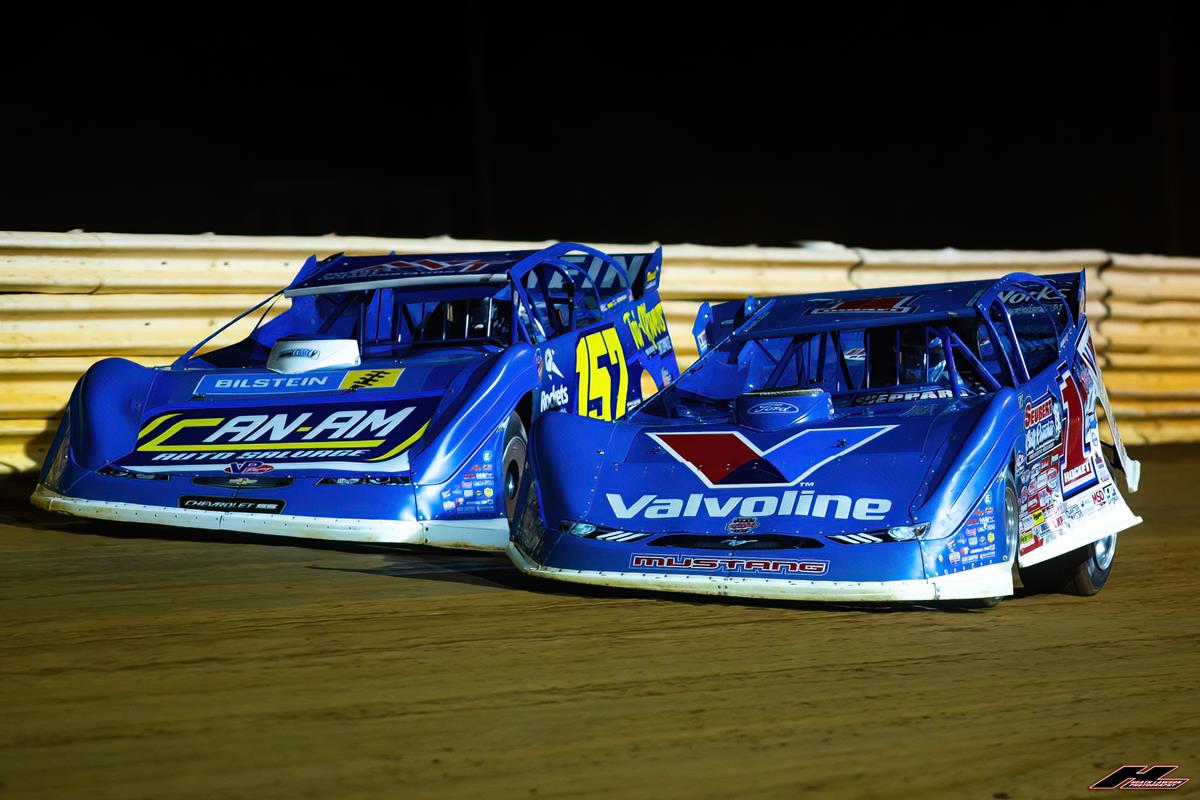 Brandon Sheppard picked up a $5,000 prelim victory on Friday night during Port Royal Speedway’s Rumble by the River opening round. (Heath Lawson photos)

“In Friday’s feature we fired off really good there and could really carry good speed. The track slowed down, and I was getting a little tight off the corner there. The car was phenomenal,” Sheppard said. “On Saturday night we were good early in the feature, but as the race went on we were just a little off from where we needed to be and finished ninth.”

Lucas Oil Late Model Dirt Series (LOLMDS) competition brought Rocket1 Racing and Brandon Sheppard to Port Royal (Pa.) Speedway on Friday evening for the opening round of the two-day Rumble by the River.

With the 51-car field split into two groups for a pair of preliminary features, Sheppard laid down the fastest time in his group before placing first in his heat.

Leading flag-to-flag in his 25-lap prelim, Brandon cruised to his 10th win of the season aboard the Rocket1 Racing No. 1 entry. He earned a $5,000 payday ahead of Earl Pearson Jr., Jimmy Owens, Mike Marlar, and Michael Norris.

Rolling off on the front row of his heat race on Saturday, Brandon secured his spot into the $50,000-to-win Rumble by the River with a runner-up finish. Racing in the Top 10 throughout the 50-lap affair, Sheppard crossed the finish line in ninth.

For full results from the event as well as the latest series standings, please visit www.LucasDirt.com. 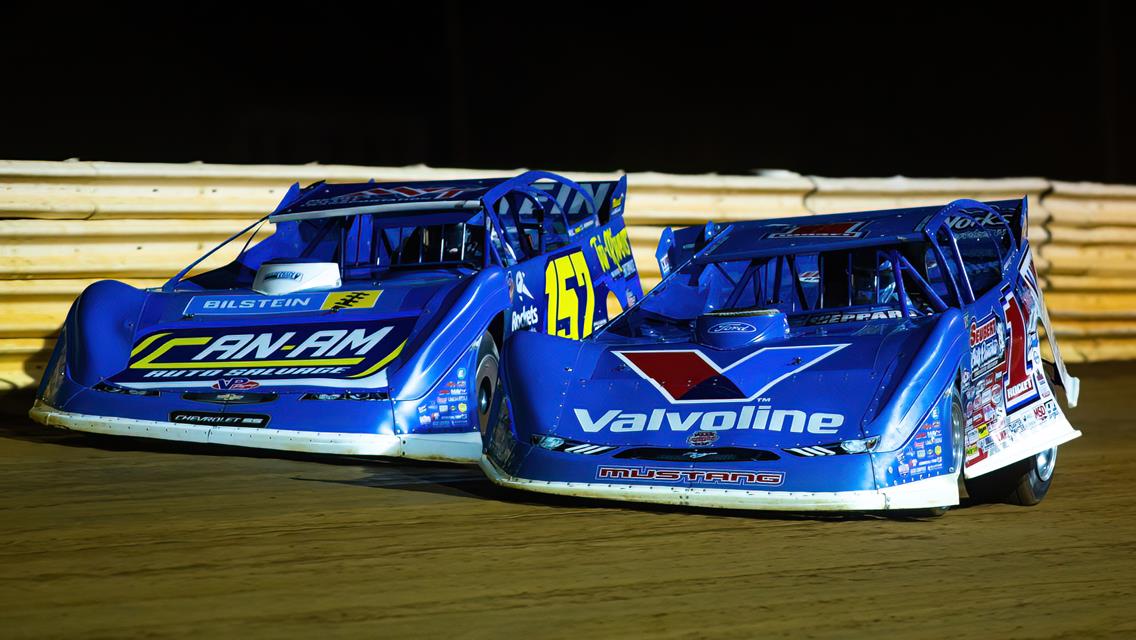 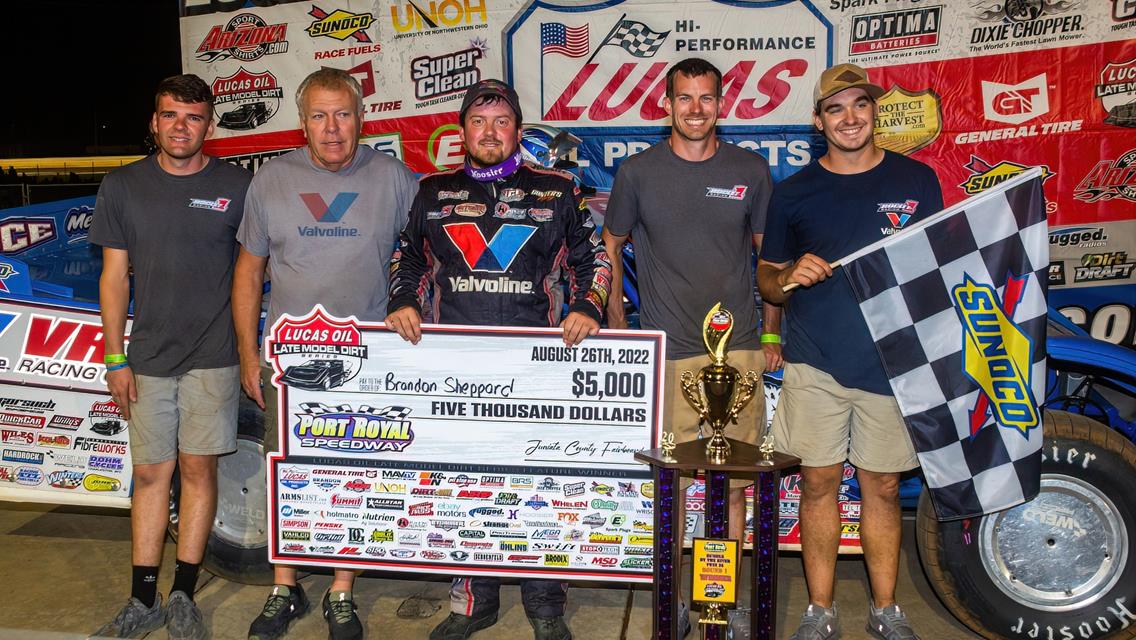 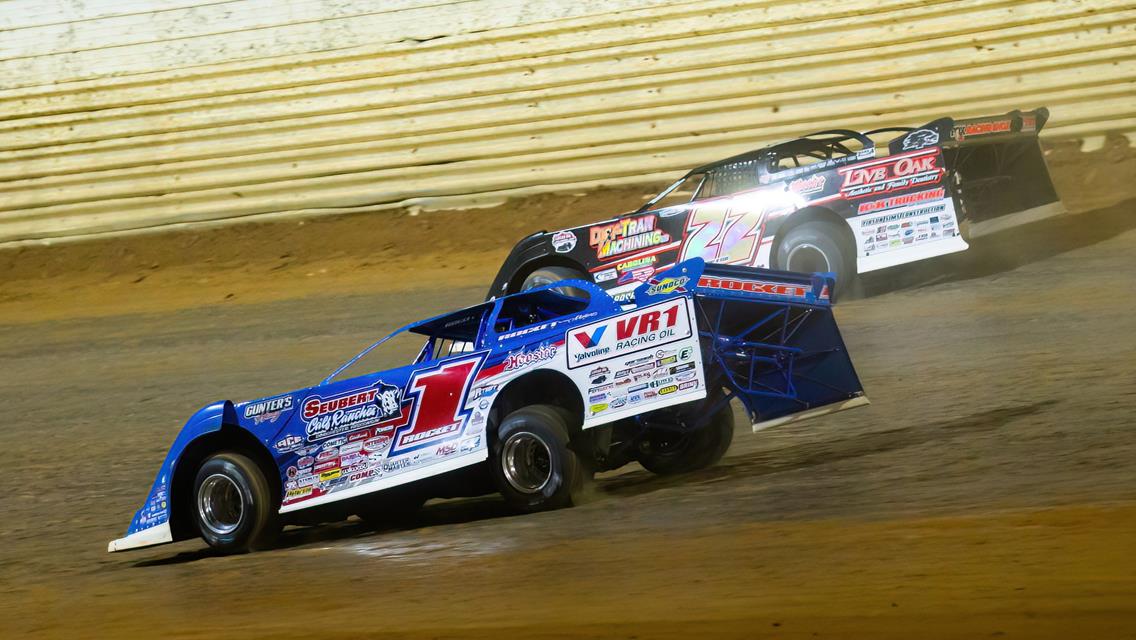